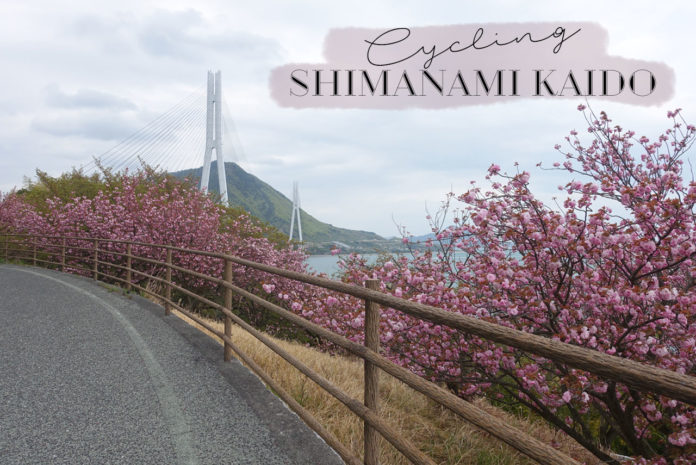 The Shimanami Kaido is finally here – the exact reason we took the bikes with us to Japan. It was a bittersweet ride…an amazing route, but also the last ride of our holiday to Japan, which also meant the end of our holiday was also near.

The Shimanami Kaido is a 70km roll road that connects the mainland town of Honshu to the island of Shikoku, passing through 6 islands and crossing 7 of the world’s longest suspension bridges. If that doesn’t already sound amazing enough, there is also a completely car-free route for bicycles to ride on.

Enjoy the vlog and check out the tips below!

Getting to the Start

The start of the Shimanami Kaido, Onomichi, is approximately a 1 hour train ride from Hiroshima. At Hiroshima station, jump on any of the San-yo line trains, doing a train swap at Itozaki Station (staying on the same San-yo line) and disembark at Onomichi Station.

From there, you will store your bike luggage (see the next point below for tips on this) and then heard to Onomichi Ferry terminal to jump on the ferry. It’s super cheap, I can’t remember the exact price but its very minimal.

There is a line on the road for you to follow the entire way, as well as markers that tell you how far you have left to go before you reach Imabari on Shikoku Island. There are other routes you can take on each of the islands that take you past some pretty great landmarks, too. Also some beautiful climbs – but be warned, every detour you take adds on extra km onto the already mammoth 140km return bike ride.

Enjoy, have fun, it is beautiful!

Something incredibly sad has happened. I finally went back to our footage from cycling around Japan, prepared to create a montage from our fantastic cycling adventures in Fukuoka – including the Rapha Hell Ride we went on with the Rapha pop up store. To no avail. All the footage from our Fukuoka adventures has gone missing and I have so far been unable to locate it on any of our HDDs or memory cards. To say I’m disappointed is an understatement.

Travelling to Japan With Your Bike: What To Expect