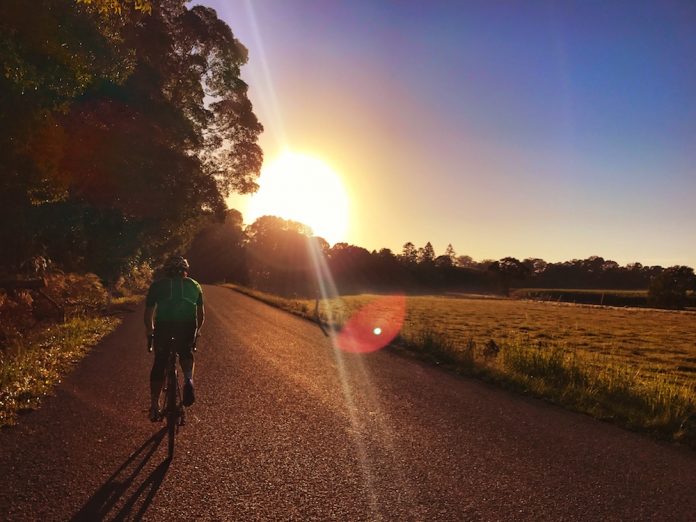 You know what they say about romantic weekends away…they just aren’t complete without wine, a bottle of lube and a permanently positioned Do Not Disturb sign. Actually, I don’t know if anyone has ever said that, but my pathetic attempt at trying to find a witty, well known quote on the Google came up with nothing better than Mark Twain’s “There is no surer way to find out whether you like people or hate them than to travel with them.” and to be frank, I’m pretty sure there are much surer ways, Mark, to figure out if you hate people; like, say, viewing the comment threads of viral videos on Facebook. And that doesn’t even require you to leave the comfort of your toilet let alone physically engaging in travel with other humankind.

Regardless of this, and now that I have digressed sufficiently far enough that you’re wondering to yourself why you’re still reading, I had best tell you that no, that isn’t my idea of completing a romantic weekend away – it might be the start, or perhaps even the middle, but the true cherry on top of any trip anywhere is a two-wheeled adventure through some unfamiliar territory.

With more than $50 to our name this time around, Tim and I ditched the car as our chosen choice of accommodation and splashed out with a booking for an ocean view suite on the Gold Coast. I must say, however, old habits die hard and I did awake at one point on the first night thinking we needed to wind the windows up against a midnight rainstorm.

Miraculously squeezing two bicycles into Colin the Corolla, we went through Saturday and also Sunday without their components having so much as a hint of a chance at rusting. But when Monday morning broke, we were already 20ks deep (the equivalent of 1 knuckle) at the foot of Mt Tomewin.

The Gold Coast Hinterland and Border Ranges are home to some of the best cycling in Australia; I know, hard to believe there is anything better out there than a river loop, right? I, too, was sceptical of these claims and demanded proof, evidence, another describing word of these wild allegations. 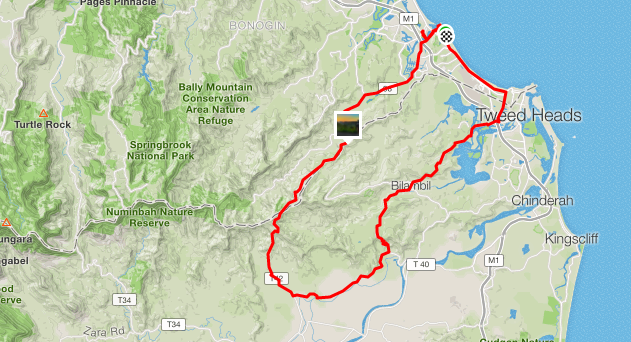 Well, evidence was well and truly delivered. The route my personal tour guide took me along started us off at Currumbin Beach, out through to Mt Tomewin and back in via Tweed Heads. Roughly 66kms with a peachy 1,060m in elevation gain made up of a 10km gentle mountain climb (Tomewin) and then some happy little ramps to make sure I was well and truly fucked.

We set off in the dark, and proceeded to stay in the dark right up until the sun started peeking over the range. Note to self, the first thing on the packing list should be light chargers. Not 5 minutes into our ride the telltale fatal flashing began, and another 200m down the road they were well and truly dead. True Fred and Doris style. Fellow cyclists on the road were none too slow to point this out, in no uncertain terms. Nothing quite like hearing slurs hurled at you only for them to sound like “bzzzzzzzzZZZZZZZZZZZzzzz, DICKHEAD” as they zoomed past.

The sun now up, and our imminent deaths delayed to another day, we were now free to enjoy the ride. Read: Tim enjoying a spritely jaunt up some hills with April heaving and maintaining a lamentable 60RPM 763m behind him. What, were you expecting watts? Move right along, bike snob, no room for splashing that sort of cash around here. 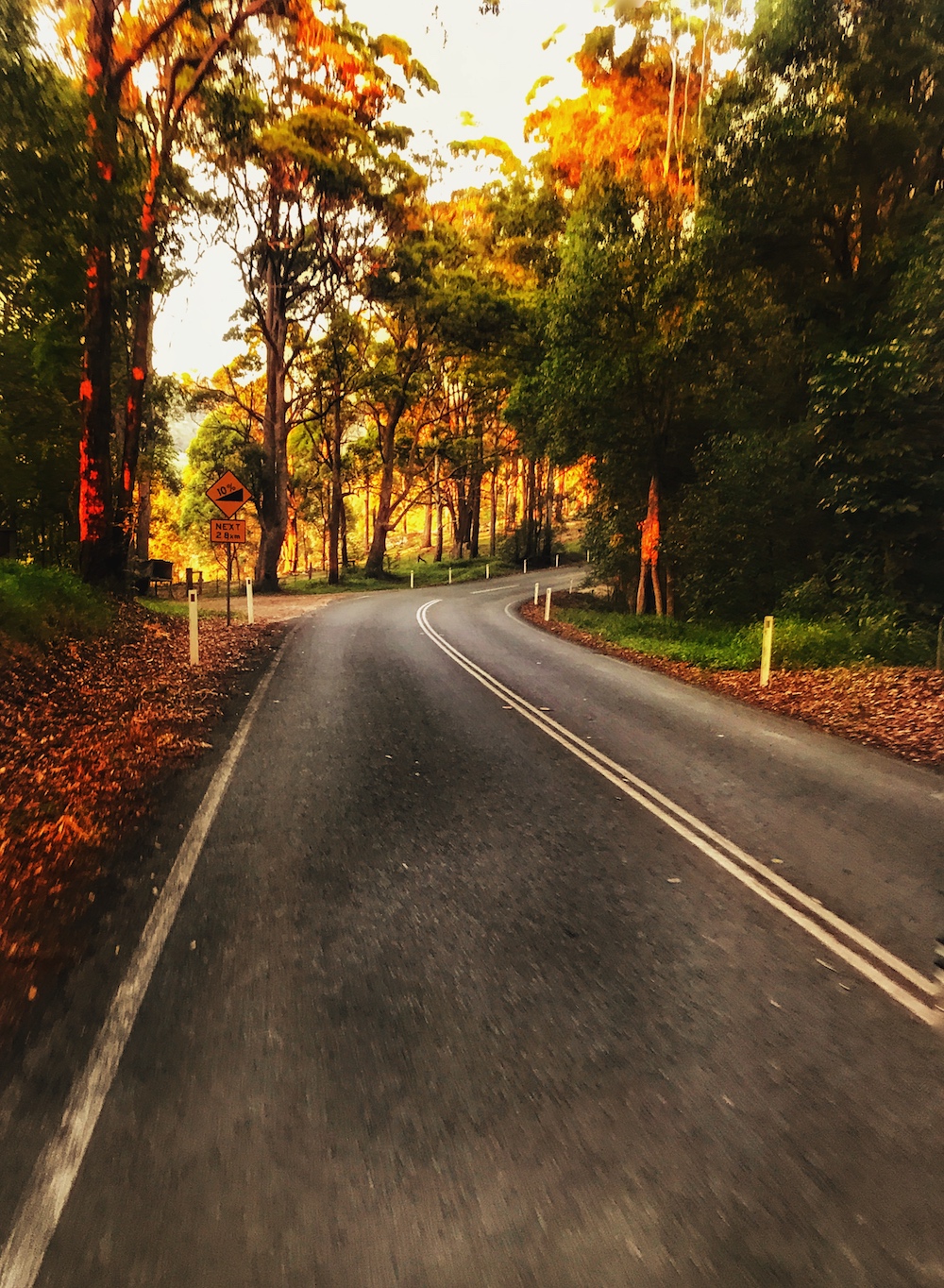 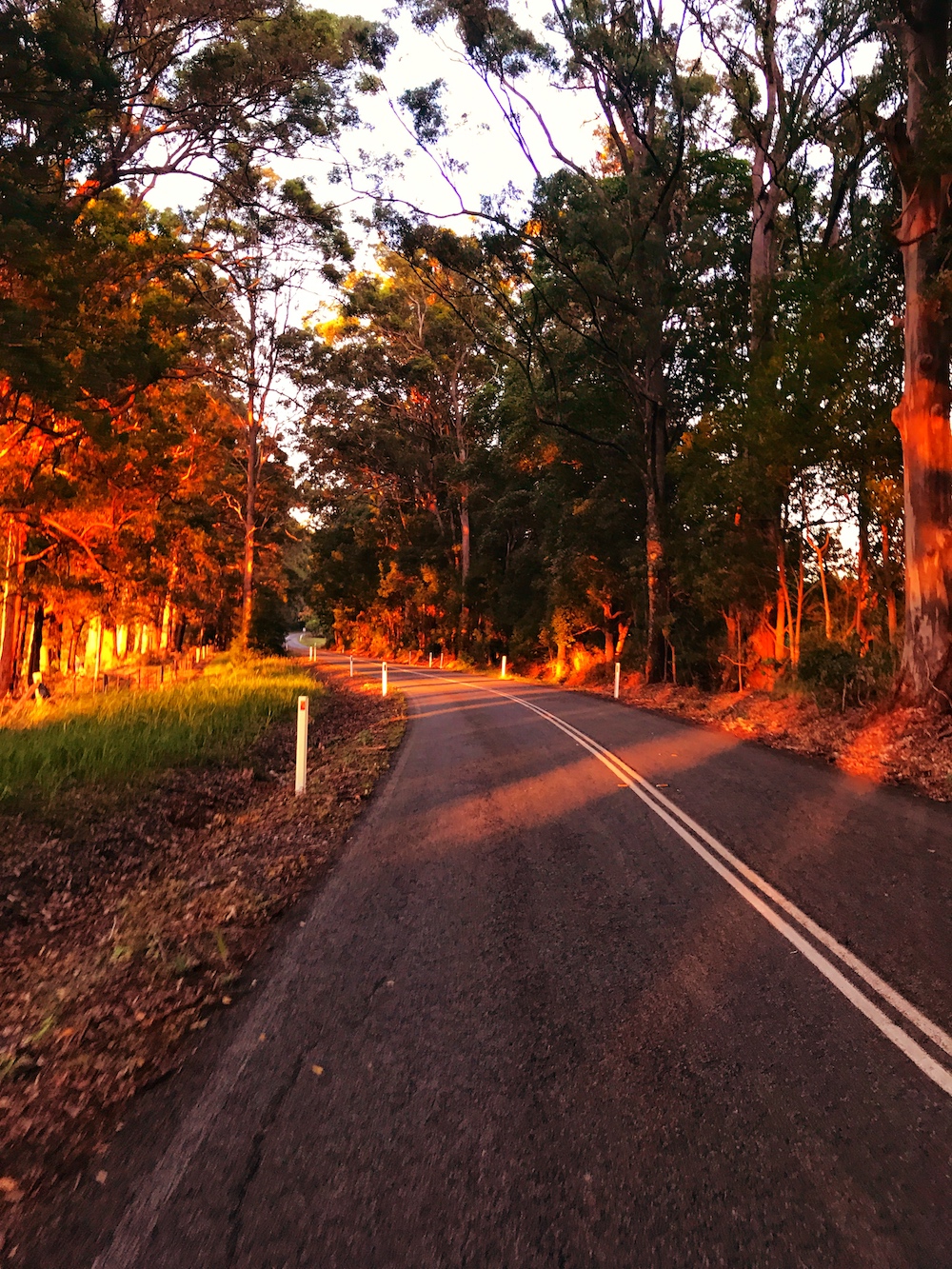 I was left for dead on the first uphill, forced to fend off bush turkeys on my own. Mt Tomewin and the surrounds are made up of gentle gradients ranging between 5% – 15%. I say gentle like they are a breeze to get up, but my Strava tells a completely different story. Damn I know how to spin some bullshit. 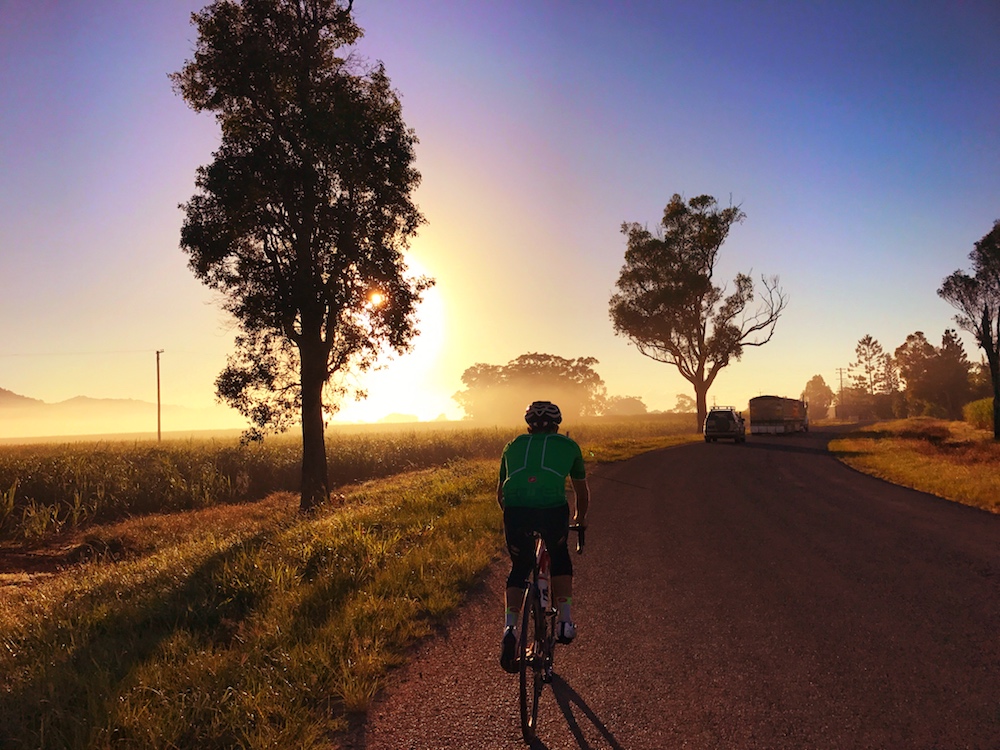 If the Tomewin ascent was contemptible, then the descent was glorious…enough to make any self-respecting cyclist throw their inhibitions to the wind and partake in Chris Froome’s nut-crunching aerodynamic tactics through sweeping bends and down long, straight ramps. Just mind the bush turkeys.

At the bottom winding, flat stretches of cane fields start snaking you back toward the coastline. The very bottom of the descent saw cane fields shrouded in mist and the roadside grass wet with dew but the closer back to the coast we got, the clearer the skies and drier the fields. 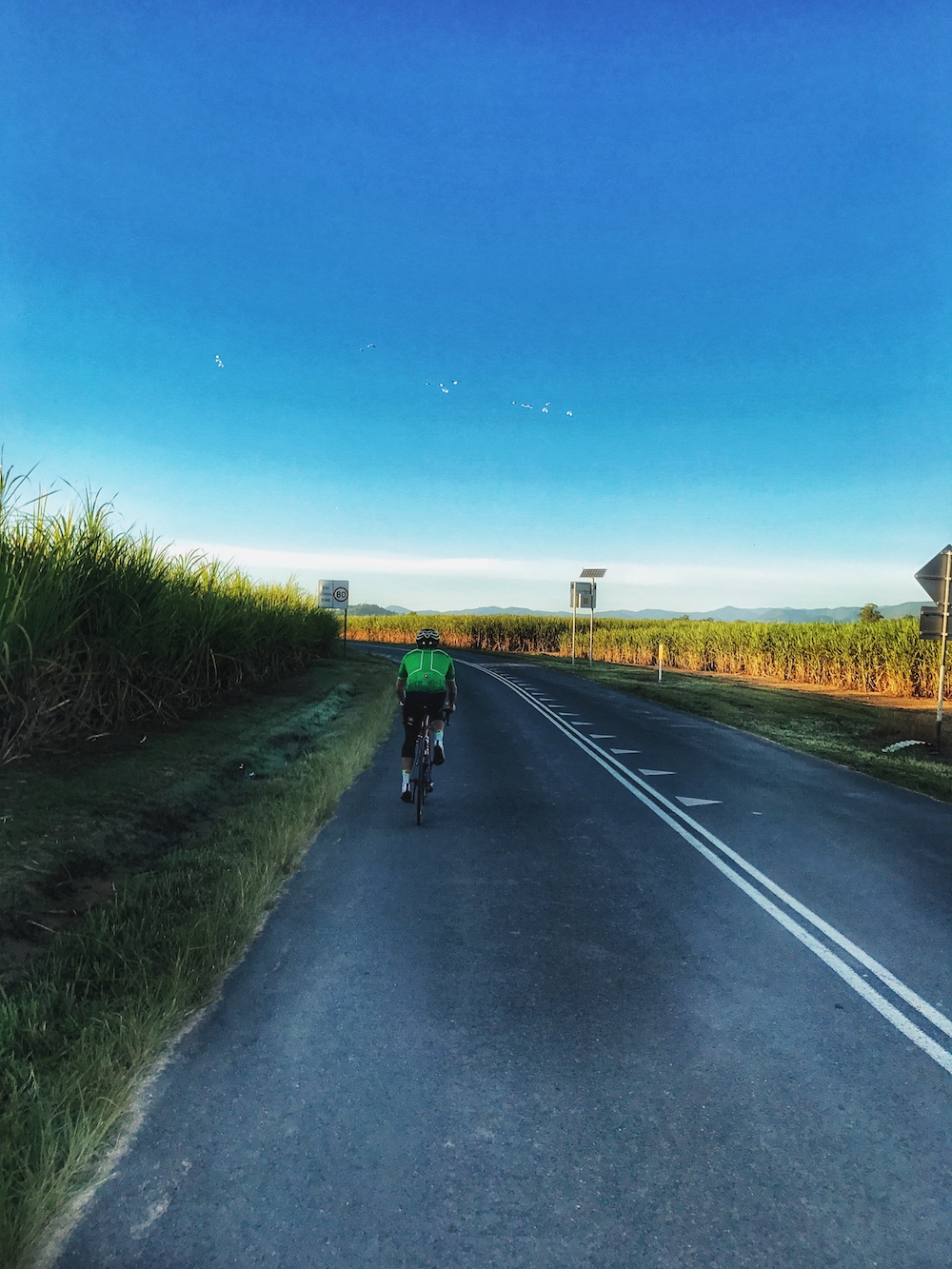 The ride took me approximately 1 banana, 2 muesli bars and 2 hours, 48 minutes. Don’t laugh, I was taking it easy, it was a recovery ride (I swear).

You can download the .GPX to this route here if you so fancy.

Truths About Your First Ride Back