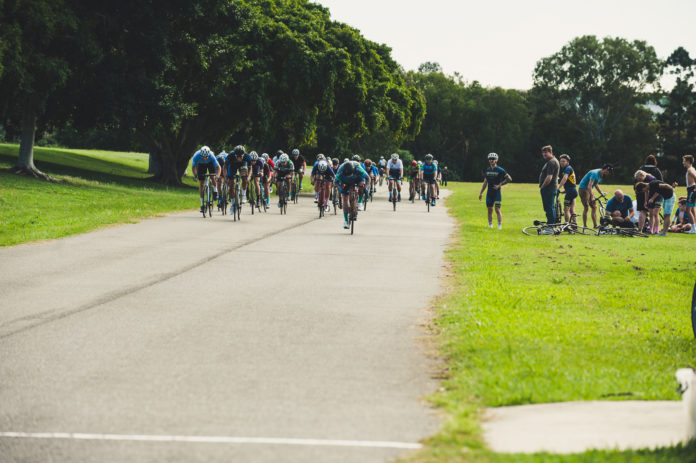 In a previous entry I spoke about the wonderful world of crit racing, and the hallowed grounds of Murarrie, “Muzz” affectionately. I spoke of the matchy matchy gangster wannabes, the flashy bikes and even the outdated payment system of this thing called cash. I also spoke about grading, and how as a beginner you would be placed in D Grade until further notice. For most, this is a blessing because as far as hyperbole goes, C Grade is a blood bath.

The general gist of D Grade at Muzz is you get your handle on riding fast in a group, maybe even win a few of the crits, and then you are able to move up to C Grade if you think you are ready – these races are not CQ races, they are crits put on by local clubs to give the racers in the Brisbane community some good training and earn a little brew money along the way…so whilst the clubs do their best to regulate who is in what grade, you effectively move yourself in and out of grades.

The problem is, you go from a field of roughly 8 – 15 people in D Grade, to well over 40 in C Grade. This is a completely different dynamic to a D Grade race, and suddenly you are in uncharted territory experiencing group concertina effects, a much faster pace and closer-quarters racing for the first time. The end result? Near-weekly crashes. Unfortunately, in my first C Grade race at Muzz, I was caught up in one of these crashes.

I had been given some very sound advice from Tim, and a lot of my other club members, to try and stick up closer to the front as it is safer. That sounds like solid, reasonable advice. Until you find yourself surrounded by people with neither the front nor the rear of the bunch in sight. The majority of the race was fine, I can handle being in close quarters with other people and had found my groove. The race was a good tempo and I was really enjoying the new conditions, riding safely but also taking gaps when I saw them.

The trouble came with only a few laps to go. I had jumped on one of the other girls’ wheels and the pace had quickened in anticipation of the bell lap. At the same time as a concertina effect hit the group, I felt a jolt and suddenly the ground was rushing up to greet my face. Feel free to take a look at the below video, helpfully captured by Tim:

I managed to completely flip myself and the bike. I instinctively tucked my head and tried to ball myself up as much as possible when I first felt myself rushing at the ground. I landed on my shoulder in my best-I-could-do-at-short-notice ball and effectively rolled/skittered along the track to a stop, bike still somewhat attached.

Those of us that came down in the crash all got away unscathed, but some of the bikes not so much. None us knew what had happened exactly or who/what had caused the crash.

I left the track feeling somewhat sorry for myself, quite shaken and with a very sore head. It wasn’t until later that day Tim realised he had caught the crash on camera…just. Reviewing the footage, I was relieved that I didn’t cause the bingle but also noted just how far down the pack I was. I was in the prime position for the pinnacle of the concertina effect, and that would not have helped my cause in the slightest.

The next weekend I raced Lakeside and also participated in the State Crit Championships on the Monday public holiday, but I have yet to go back to Muzz. Not because I am scared for my life (well, maybe a bit) but mostly because I’m confined to the 4 walls of the hurt locker, attached to a wind trainer (but that’s a story for another blog entry).

Although I have not been back at Muzz, the Brisbane bike racing community is a small one and news of more crashes in C Grade have made their rounds. This doesn’t come as a surprise to me considering the relaxed nature of how quickly a newbie is moved up to C Grade, with little to no skills acquired during their time in D.

It would be a great asset to include the addition of a crit skills checklist to move up through club grades when people apply to do so. Speed should not be the deciding factor for somebody to move up into another grade, but on the same token it really shouldn’t be the responsibility of a club putting on weekend crits to need to assess someone’s skill level…as a beginner racer, you need to leave your ego at the door and understand why exactly you have started off in D Grade and what you should spend your time learning in each crit. The aim of your first few months of racing as a D Grader should not necessarily be to win every race…if it means being slower than your normal average speed to simply stay in the pack and understand how to ride close to someone, be responsible for your own front wheel and experience a fast group ride dynamic then so be it.

You won’t learn everything you need to learn in a D Grade crit, but you’ll get out of it what you put in. Spend a bit more time learning about crit dynamics instead of rushing to join your mates.

The C Grade crits at Muzz will be all the more safer for it.

Truths About Your First Ride Back