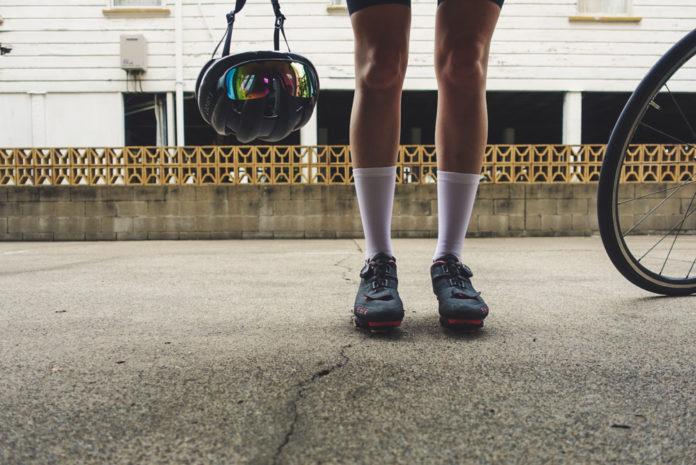 Do you guys follow my instagram? If you don’t, you probably should – I post some very interesting and exciting stuff (not really). If you do, you will know what this entry is all about. 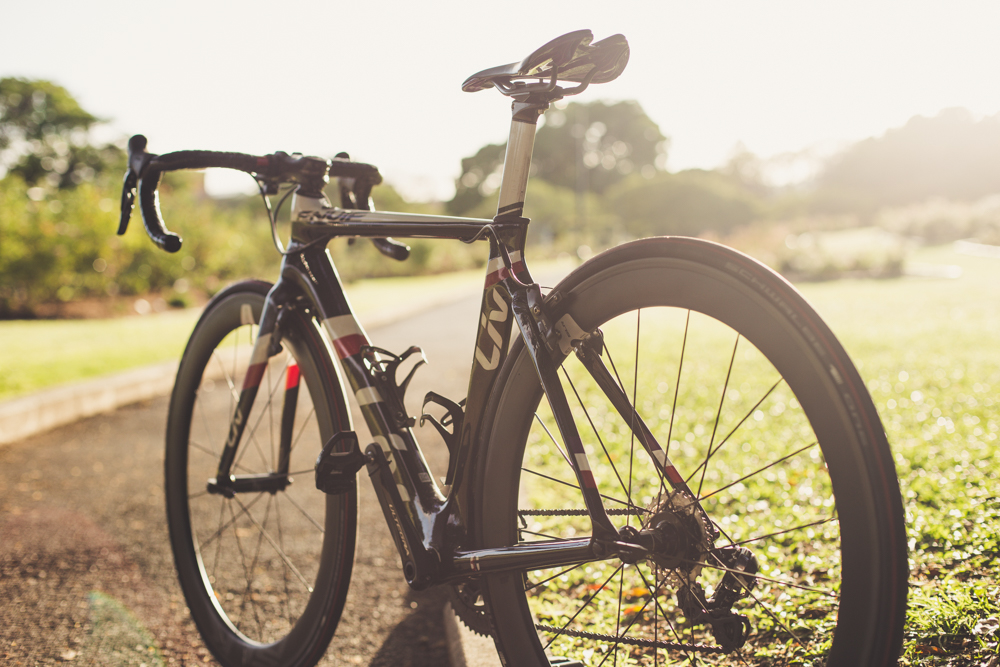 She was my first real bike and affectionately dubbed Lulu. She’s great, and we suit each other the same way macaroni was born to be with cheese. With just one slight downfall. Giant decided to do this real fucked up version of cantilever brakes, and there hasn’t been a single day of riding that they haven’t been the bane of my existence and that is not even a slight over exaggeration.

I won’t bore you with the details but effectively, these brakes don’t brake evenly against the rim surface, have sticky springs so will eventually stop releasing after braking (and cause mass rim rubbing) and are generally just finicky pieces of shit. End of story. My love for Lulu, however, saw me persevere with the brakes and I’ve managed to simply make their daily adjustments part of my routine. Until about a month and a half ago.

Just before Anzac 25 race at Lakeside back in April I was giving Lulu a once over before heading out to ride to the race when I noticed that the brakes were wiggly. They were wiggly back and forwards as opposed to side-to-side (their natural braking motion) and weren’t able to be tightened. It wasn’t overly wiggly and so conceded it would be fine to race on that day. I ended up completely fucking that race so let’s gloss over how that went.

Every subsequent ride, the brakes were sending shudders up my seat post and causing very jolted stops, progressively getting worse and worse with each use. 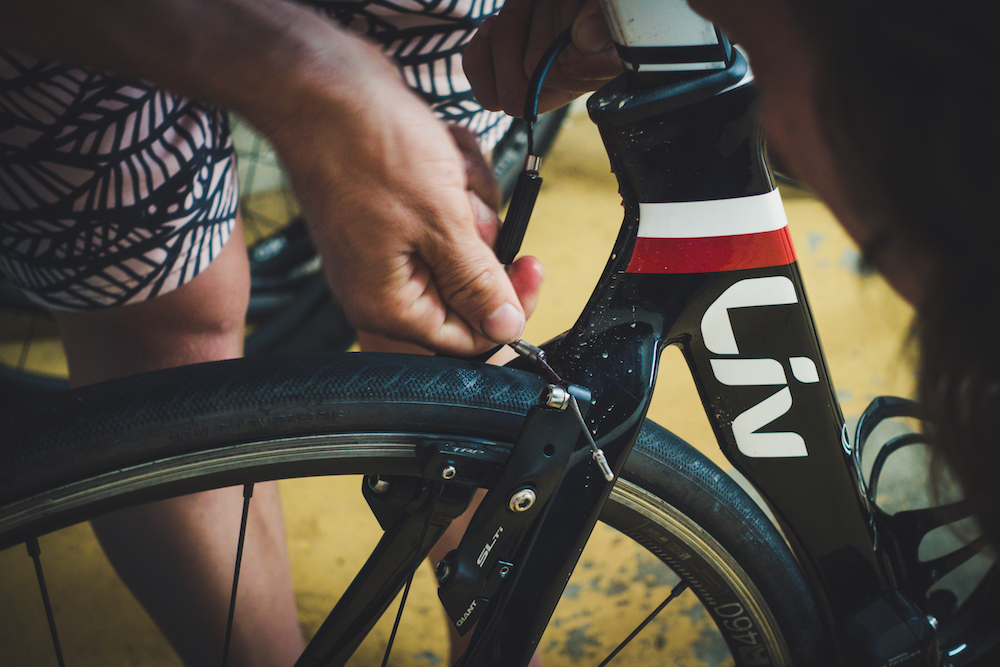 Tim and I spent stupid amounts of time inspecting them and trying to figure out how to tighten them / fix them before finally resigning to the fact I’d need to take her to Ride – my local bike shop of choice located at Indooroopilly (Brisbane peeps, get around them. They are hands down one of the best bike shops in Brisbane.)

Ryan looked them over and confirmed my worst fears. They were actually broken and needed to be replaced. He sent me on my way with the brakes packed as much as possible to reduce the wiggle and said he’d try and get a warranty out of Giant for them. Giant didn’t play ball and pulled the out of warranty card, pricing me up a stupendous amount (and 4 week wait time) to replace the brakes.

The proceeding few days were spent with a very sooky April, spending her mornings on the dinosaur wind trainer in the garage with nothing but the ass of a glorious Subaru Impreza to remind her #outsideisfree. 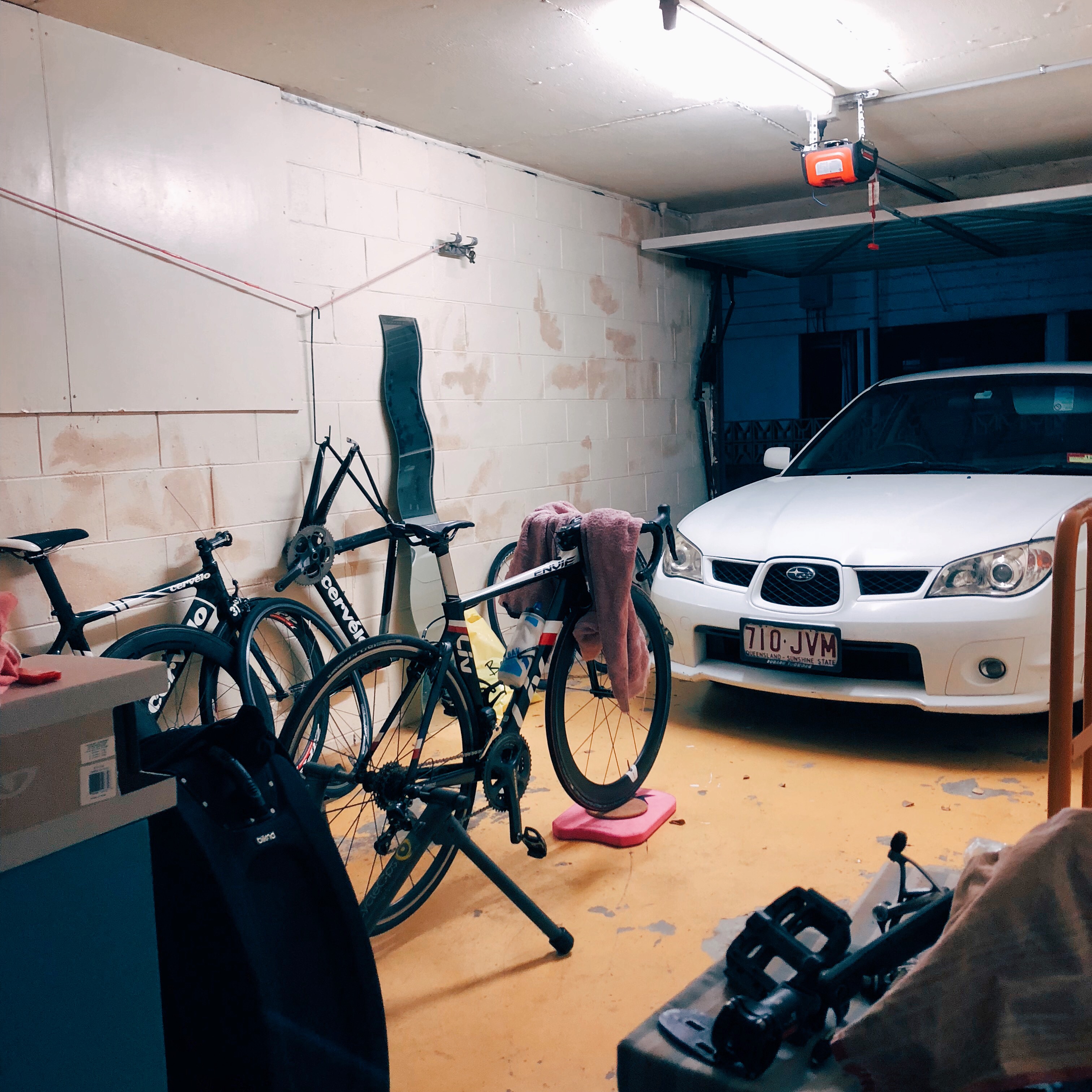 The decision I had to make was not an easy one. Pay the price for the crappy brakes, or get a new bike? The brake mounts on the Liv frame do not allow for a swap over of brake components so to replace the brakes would be a direct swap from one pair of shitty brakes to another pair of shitty brakes.

Well, the jury have deliberated and the verdict is in. I’m getting a new bike! A brand spanking new Factor O2 frame and wheels, re-purposing Lulu’s groupset.

Name and colour will all be revealed when it arrives and is built up. It was a tough decision to make – Lulu hasn’t exactly had a long life, but at least she made it overseas before she was put to pasture. We have a few old mechanical groupsets laying around so I will pop one of those on her and use her as an around-about-town bike, that way everyone still gets a ride. Yeah, I went there.

Up until Thursday night, all my sessions had been on the wind trainer and it had proven incredibly frustrating and de-motivating. A solid 4 weeks of nothing but indoor training in a cluttered garage doesn’t exactly tickle me in the right places (the wrong places, actually if we’re going to be literal…a bike that doesn’t shift/flex underneath you can be painful). Little did I know, in the background, Jason (owner of Ride) hadn’t given up on Giant covering my brakes with warranty and on Wednesday I got this message: 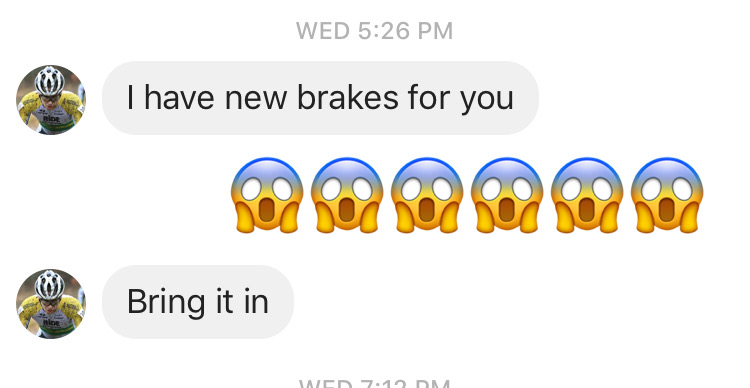 And hallelujah! LULU LIVES AGAIN! But I am still getting new bike. I cannot stand these brakes any longer. As sad as I am to replace Lulu, I also cannot wait for the Factor to arrive. I miss racing and can’t wait for my next race – Cunningham Classic. Plenty of time for the new bike to arrive and for us to get acquainted with each other. These things take time, no point in rushing it.

There’s my life update for you guys. A bit of a long one today, and none all that helpful, but I hope you’re excited for me nonetheless.

The Bittersweet Reality of Winter Cycling in Brisbane