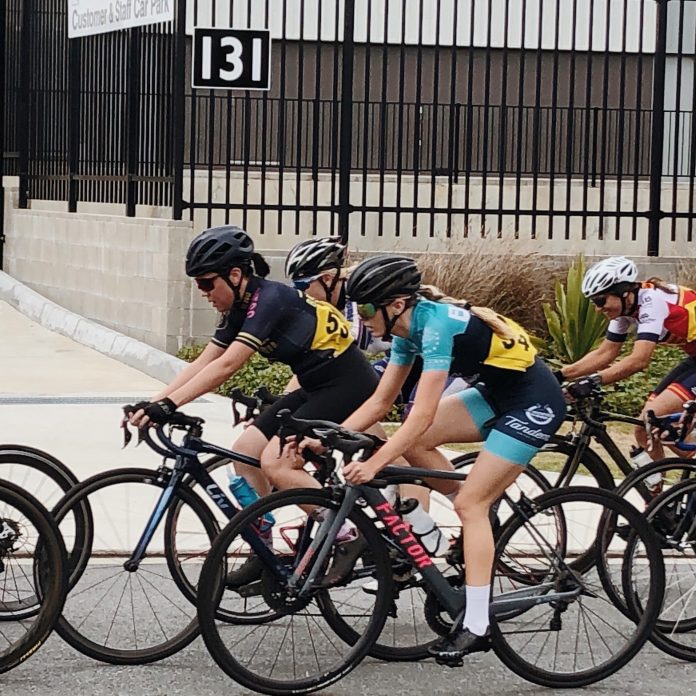 It’s been a week, and I’ve only just swung around to writing this recap of my experience in the 2019 Sizzling Summer Series. Don’t hate me ‘cos you ain’t me – I got a life and bills to pay, mental exhaustion is a thing.

The Sizzling Summer Series is a CQ-sanctioned  3 round criterium series here in Queensland that attracts visitors from all over the East Coast to compete. Competition is usually very fierce, and last year was supposed to be my first year of competing however I fell sick and missed all 3 races. The races are held 2 weeks apart from each other (so next weekend is round 2).

This year,they did not have an individual Open D Grade for the women, so the women that would normally race D Grade instead entered as Open C – this meant there were 30 women in my field which is a spectacular turn out. The last time I raced in a field this big, I flipped my bike. So I was proverbially and literally shitting myself.

The size of the field combined with the first race of 2019 ending in a crash (that I thankfully avoided) left me feeling quite apprehensive and nervous about how today was going to pan out. Open C Grade womens is also full of riders that are like me and still learning, or experienced and hungry to bump up a grade. This can lead to two things: a solid race that is controlled well by the experienced, or a complete dogs fucking breakfast.

Due to Cyclone Oma, there was a huge block headwind on the finishing straight, and it strung the women out into the gutter each and every rotation of the crit track. My nerves got the better of me, however, and instead of finding a good wheel amongst the group to hide from the wind, I found myself riding out and in the wind where I knew I was safe. Yes, I deliberately rode out in the wind because I am a giant pussy.

The race was a very fast race for C Grade, and there were some very dicey corners where I always tried to take the inside line. A few women would swing too wide when they came in on the inside, and I just didn’t fancy being on that outside line when they did swing out.

I didn’t contend for the prime, but at roughly the 23 minute mark I did put in an attack towards the end of the finishing straight, in the headwind. I did a solid 20 second sprint out of the saddle without looking back before settling in to a solid pace. I knew the girls would still be close, but I figured if I could just keep my head down and drive a hard pace that it might bomb a few of them. The question would be are they willing to work together or will they just leave people on the front to try and bring me back in?

I managed a lap with a bit of a gap before a girl tried to bridge across to me unsuccessfully – apparently one was fine to leave out the front but two out there? That would have been dangerous. The women were quick to jump with her and there we remained as a group for the rest of the race.

A few things I learned from this attack – it was a good tactic, but I left it too late. I should have done it earlier in the piece or directly after the prime. I wouldn’t have been strong enough to keep them away for the rest of the race so there was no point in me doing it so close to the end. All it ended up doing was leaving me completely gassed for the final sprint.

Which leads me to the final sprint. I didn’t even contend for it. The previous few sprints that I have been part of and contended for were dodgy AF and not something my already rattled nerves were willing to deal with.

It was a great experience for me, I haven’t done very many CQ events so it was really cool to see the depth and breadth of the other C Grade women around Queensland.

I’m not sure how, other than to just dealing with it, I will get better riding around unreliable racers though. When I can trust a wheel, I am perfectly fine to ride in close proximity but I get very nervous riding around erratic / poorly handled bicycles. If anyone has any tips on this they would be greatly appreciated. How much should I risk, and when is it definitely just sensible to tap out? Is this even something that should be debated? Should I just harden up and stop being a puss?

All in all, I had a really good race. I didn’t crash, it was hard and fast, and I learned a lot of valuable things.

Travelling to Japan With Your Bike: What To Expect